Written by
SVETOCH
Posted in
Around LED
Comments
Leave a comment 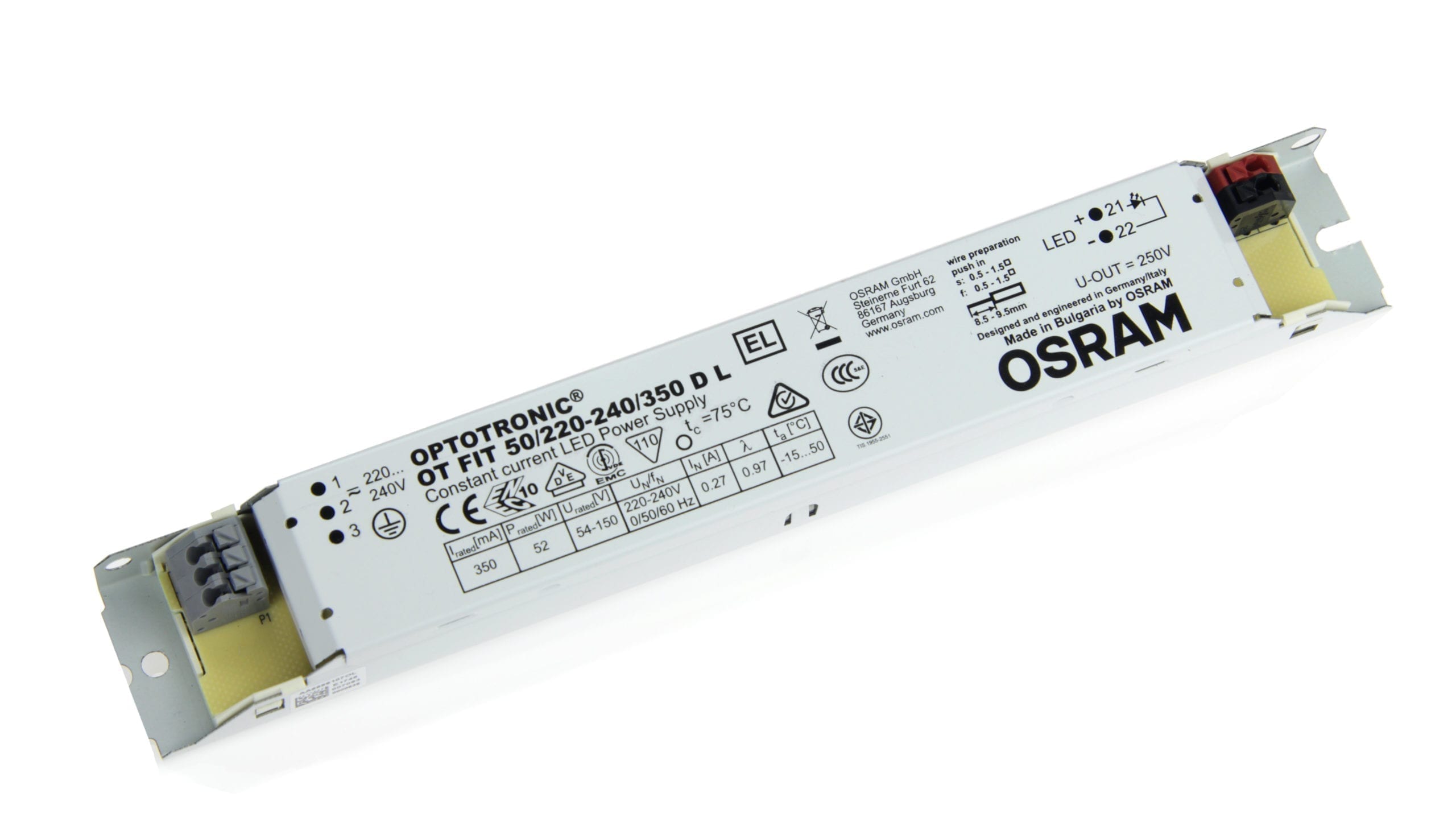 Guide to choosing the right LED driver. It contains basic points that should be considered when selecting an LED driver in the application. Here is some background information on basic points to help the user make the right decision and choice.

Although DIP chips are still in use today, they have much lower efficiency than the newer LED chips used for modern applications. They are more commonly used in electronics.

An LED DIP chip typically produces about 4 lumens per LED, much less than the newer chips and is used in simple plug and surface assembly.

SMD stands for “Surface Mounted Diode” and are much smaller and more efficient LEDs than the original DIP chips. They have become indispensable due to a wide range of possible applications and are typically mounted and soldered on a circuit board (module). SMD chips have become very important for the development of the LED industry, as 3 diodes can be accommodated on the same chip.

In addition to the significantly more efficient brightness, they can also change the color. Some of the LED chips can now be produced so small that they are installed in high-end electronics such as mobile phone control lights.

They are also used as standalone chips predominantly in LED strips or LED spotlights and in the industry on LED modules.

SMD chips can generate between 50 and 100 lumens per watt. This is much more efficient to the DIP chip.

COB (Chip on Board) LED is a high performance leather chip (high power LED). A COB chip has several internally installed diodes, typically more than 9. Simplified COB can be described in such a way that several SMD chips are installed on a board and thus generate significantly more light due to the special design.

COB chips are used in many different devices. In small devices such as cameras and smartphones, this is due to the high lumence count, which requires little energy.

Often LED COB chips are used in floodlights and high-performance LED headlights and spotlights. Since different designs are possible with COB chips, a lot of lumen can be produced per watt, which are usually well over 100 lm/W.

Combined applications of SMD or COB chips are used in LED arrays (single or multiple LEDs pre-mounted on a circuit board), LED strips (for linear LED use), and LED modules with directly installed mini drivers (LED light engines).

Drivers use either constant current (CC) or constant voltage (CV) or both. This is one of the first points that needs to be taken into account in the decision-making process. This depends on the LED or LED module to be controlled. The information can be found on the LED data sheet.

Constantstrom (also CC for constant) LED drivers maintain a constant electric current (A) by having a variable voltage (V). CC drivers are often the preferred choice for LED applications. CC LED drivers can be used on individual lights or LEDs switched in series. The downside is that if the switching path is interrupted at one point, the remaining LEDs will no longer work. However, constant current drivers generally provide better control and are more efficient than drivers with constant voltage.

What is constant tension?

Light drivers with constant voltage (CV) are power supplies. They have a fixed voltage that they deliver to the electronic circuit. You could use CV LED drivers to run multiple LEDs in parallel, for example with LED strips. CV power supplies can be used on LED strips that have power limit resistance, which is usually the case. The voltage output must meet the voltage requirements of the entire LED chain.

CV drivers can also be used on LED light engines that have a driver IC installed.

What is Constantstrom and what is constant tension?

Some LED drivers can offer both possibilities (CV and CC). By default, they work as CV, but when the output current exceeds the face current limit, they switch to a CC mode. This feature is suitable for applications that require a flexible LED driver.

When should you use CV-or CC drivers (exceptions possible)?

When using a constant current LED driver, it must be adapted to the requirements of the selected LEDs. Power values of drivers and LEDs must match. The data sheets of the LEDs indicate which power values are needed. The value is given in amps (A) or milliampers (mA). 1 A are 1000 mA.

LEDs should be operated at the lowest possible current in order to extend the lifespan and to increase lm/W efficiency. When using more power, LEDs usually wear out faster. It is therefore advisable to think about using more LED modules together and thus reduce the respective current strength. As a rule, the LED data sheets show the different efficiency in lm/W with different electricity.

This value is given in watts (W). LED drivers should operate at least the same value of the LEDs.

The driver should have a higher output output of at least. 10% to have power reserves for running the LEDs. If the driver power is the same as the LED power, the driver would be at full occupancy all the time. With full power utilization, this would shorten the driver’s lifespan. Lifespan is an additional important decision-making factor when using and operating drivers correctly.

The life expectancy of drivers is given in hours. This is related to the average operating time (MTBF = mean time between failures). Based on this value, drivers should also be compared when making a purchase decision. The right operation can extend the lifespan. This reduces maintenance time/costs.

It should be mentioned, however, that this is a statistical value. While this is an indicator of comparing different products. However, it should be known that the value is determined as follows. Basically, the failure warning symptoms of the individual components are summed up. On the other hand, the information should be broken down into three areas in real terms: 1. “Early outages,” 2. “usable lifespan” and 3. “End-of-Time section.” The MTBF usually specifies only the middle section. This eliminates “teething problems” and “ageing effect.” As a result, the MTBF can usually be specified with several million hours.

You can not find a suitable product? Are you looking for an individual size, length, or season? Give us a call: +49 (0)2623 797 4494 or just send us an Email: info@svetoch.de and together we will find a solution for the problem.

For higher purchase quantities, we grant discount. In addition, individual lengths of aluminum profiles up to 3 meters are possible. Our components can be used variably and combined in a variety of ways. On the respective product pages matching components are displayed as "recommendation". We are happy to advise you personally on the phone. You can always send us a request via our contact form, which we will answer promptly.